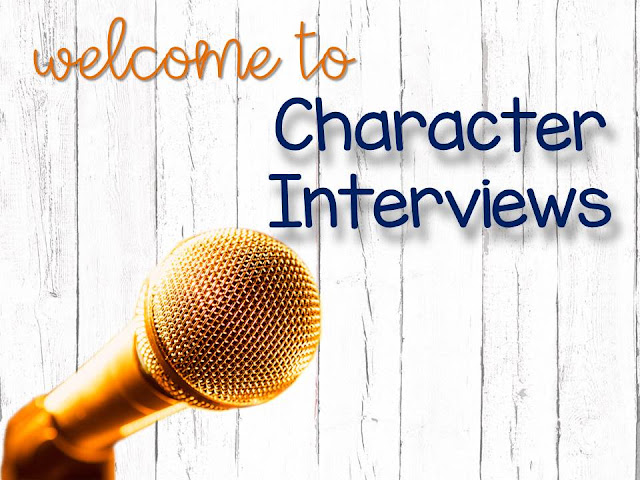 Are you looking for ways to engage your students with characters in their books?  You might want to try Character Interviews.
My kids love participating in character interviews.  It's a formative assessment that gets my students out of their seats (my kiddos need that so much) and engaged with the text. And it's so easy! In addition, studies have shown increased student involvement and achievement when the arts are integrated into curriculum.
Here's what you do:
First, choose a book that has strong characters.  I have found it best when there are two (or two groups) of polarized opposites.  For example, my kids love getting into the characters of Wump World. 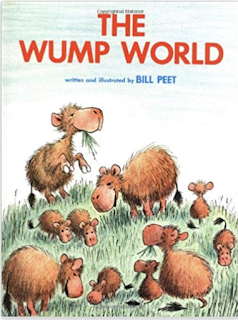 I could write a whole other post on this book.  It hides in your bookshelf.  It appears to be an "old fashioned" book with a cover that doesn't grab you as your fingers dance over spines and covers.  But don't let the cover fool you.  If you ever want to teach figurative language, this is the book to use.  It is full of amazing alliteration and personification.  In subsequent readings, I've even begun to realize how many words with double letters that Bill Peet has included.  Though not figurative language, it's another day of discovery when you ask students about why the author chooses one word over another. And great for my level 1 and 2 EL students who are included in the instruction, but can still engage in the search for language.


I'm sorry.  I digress.  Another post, another day.
Character Interviews.

Once you have a book with strong characters, and after you read the book with the kids, you can instruct your students on how actors become other characters.  After all, we get to know characters by what they say and do and act. 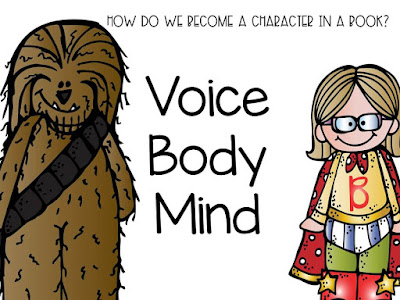 Once you feel comfortable with your actors transforming before your eyes, you can then transform like the butterfly you are! You will be the interviewer.  Are you serious, scandalous?  Do you have an accent?  Do you wear big red glasses?  Are you giving away a car to everyone?
Students assume places around the room where they can have their own bubble of space.  They can even use their hands to delineate that space.
Then, let the magic fully begin.
Tell the children to become the character, and then freeze in a position (the freeze part really helps). Tell them they can revise their stance if they are not happy with the one they chose. I usually "read" the book: either retelling it as something that happened, or you can project it for them to see.  Take your microphone (is it a marker, is it a popsicle stick, is it a rose gold karaoke microphone) and ask questions to the characters. First person perspective.  The kids ARE the characters.
Some of my favorite kinds of questions are: 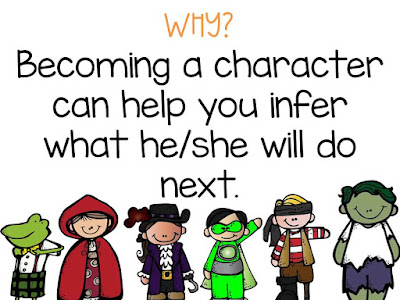 If the book has two strong characters, you can have the students be the other character. Or you can debate, setting the students into two groups.
Make it as involved as you want.  Take note of their answers.  Do they truly understand a character's motives, needs, wants? There's your formative assessment.
When it's time to wrap things up, you can say, "When I count backwards to zero, your characters disappear, and you are yourselves again."
I hope this gives you some ideas to take character analysis a little away from questions to answer on a computer or worksheet, and towards getting your students physically involved .
Enjoy! 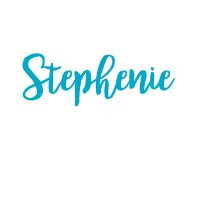